Masai Mara national reserve the African greatest wilderness, it’s the pride of not only Kenya but entire African continent. The park is located in the South-Western part of Kenya in the Great Rift Valley region. Its found in Narok County the home of the unique Maasai locals. Masai mara national Reserve is adjacent to the famous Tanzanian Serengeti national park. Its part of the Mara-Serengeti eco system that runs across the two countries of Kenya and Tanzania. Wildebeest migration that occurs annually is one of the popular experience that has attracted many tourists to enjoy in this reserve.

Mara reserve is the largest game reserve in Narok county and its directly managed by the Narok county Authorities. It was even named in honor of the locals “Maa” who have been occupying the reserve for decades. The locals described the park as Mara which is a local word to mean the spotted dotted circles of the Acacia trees that dominate the reserve. Masai Mara is among the oldest protected areas in Kenya. It was first established as wildlife sanctuary in 1961. It was small area covering only 520 square kilometers. The first gazetted area is around the current Mara triangle area. The reserve has passed through various levels as it was graduating to the final current national reserve. Later after some time the reserve was enlarged to the East which increased its size from 520 square kilometers to 1,821 square kilometers. After this extention, the sanctuary by then gained its status to the national reserve. It was esterblished as national reserve in 1974 under the management of the Narok County Council. However, after gaining its status as national reserve, some part of the land was given back to the community.

The annual wildebeest migration is the highlight of both Masai Mara national reserve and Serengeti national park. This is the largest animal migration on the planet earth and the second largest mammal migration after the bat migration of Zambia. The wildebeest migration happens from July to August annually when millions of animals cross the Mara river from Serengeti and later return in October back to Serengeti national park. The reserve is a home of all African big five though the Rhinos are rare and hard to spot but they are available. Other big game at the reserve include: Lions, leopards, Cheetahs, crocodiles, hippos, wildebeests, zebras, hyenas, Elephants, Buffaloes, Gazelles and may more

Reserve is located in Narok County along the Great Rift valley region. Its found in the South Western part of the Kenya capital Nairobi. It can be easily accessed by road or by flight, by road it ius much scenic drive along the great features of the volcanic activity. It takes only around 5 to 6 hours drive from the capital Nairobi through good tarmac road. For the flights there are many domestic flights that operate daily from Nairobi Wilson airport directly to the reserve. Budget Uganda Gorilla safaris offers both by Road Masai mara safaris and Flying Masai mara safaris.

There are several tourist attractions in the reserve that has made it one of the greatest and most popular protected area not only in Kenya but entire Africa. Below are some of the key attractions that are found in the reserve.

Masai Mara national reserve has all the 5 members of African big five which includes the lions, leopards, Elephants, buffaloes, and Rhinos. The population of the African big five has been increasing especially with the Elephant population. Its noted that Masai Mara is among the few reserves in Africa where the population of Elephants are increasing dramatically. The small size of the reserve has made it possible for the guests to view all the big five in a minimal time possible. This has made the game drives at the park enjoyful throughout the year.

Other wildlife in Masai Mara include:

The hippos which are abundant in the hippo pool around the mighty Mara river where they share with large Crocodiles. This is the same river where the wildebeest migration occurs from. Giraffes, warthogs, Zebras, gazelles, Elands, Topis, Cheetahs, hyenas, dik dik and many more.

Masai Mara national Reserve has a record of over 570 bird species with more than 50 bird species of Prey which includes: Eagles, vultures, storks and many others. Birding can be done throughout the year, the bird list is long which includes: Kori bustard, secretary bird, Giant kingfisher, Schalow’s turaco, herons, Usambiro barbet, sooty chat, Southern Ground Hornbill, Magpie Shrike, spur fowl, ostriches and others. 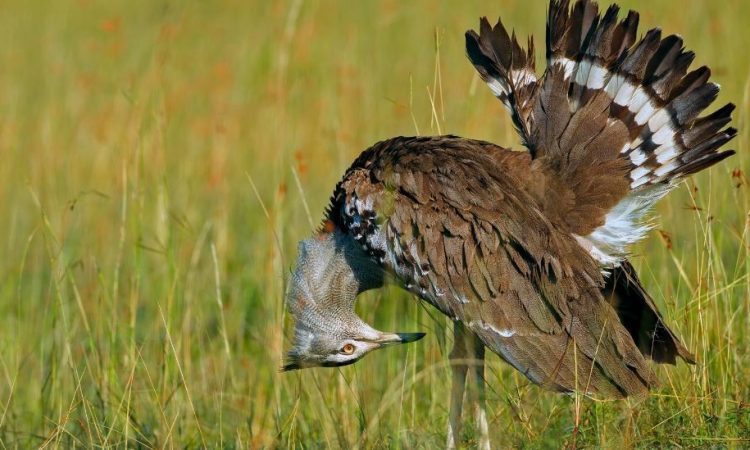 Maasai tribe is among the few tribes in Africa whose culture has lasted for years without changes. Masai Mara national reserve is among the protected areas in Africa where the locals are jointly leaving together at peace. The presence of the local Maasai people around the park has not only protected the wildlife but diversified the tourism experience with wildlife alongside the cultural tours. The Maasai locals are among the famous tribes in Africa with unique cultures and traditional believes that excites the tourists.

There are several activities that guests enjoy during they Kenya safari to this majestic national reserve. Some of the highlights are:

Want to join the discussion?
Feel free to contribute!